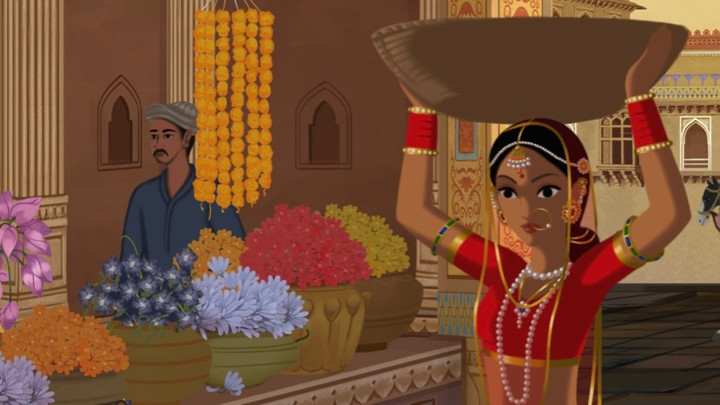 Screening at the annual BFI Festival this October is Bombay Rose. This animated feature is both epic and personal, and a glorious love letter to life and love in Mumbai.

Gitanjali Rao’s delicate and nuanced collection of stories unfolds and overlaps around two protagonists. And like so many of Mumbai’s population, both are immigrants. Kamala, who is Hindu and has escaped a child marriage in Madhya Pradesh, is now a flower garland street seller, looking after her younger sister and desperate for a way out. Salim, a young Muslim who has escaped war-torn Kashmir also sells flowers, albeit lifted from the local graveyard. But he spends most of his time escaping via his daydreams into Bollywood action thrillers and fantasies of Mughal high romance. Then there’s Shirley, an elderly Anglo-Indian ex-actor who dwells mostly in the past. Their stories cross when Salim steals a carmine rose left by Shirley at a graveside to give it to Kamala, whose beauty leaves him breathless. Though attracted to each other, Kamala and Salim’s different faiths and the uphill struggles they face in their lives keep them separated. Rao’s exquisite animation allows characters to move seamlessly between real and imagined worlds, while her skills as a storyteller imbue the film with hidden depths of emotion and empathy for her characters’ plight. This is a film for the die-hard romantics out there.

Festival Guests
This member of the filmmaking team is expected to attend the festival:
Gitanjali Rao, director. 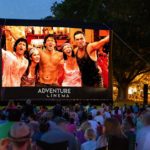 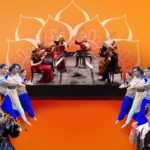