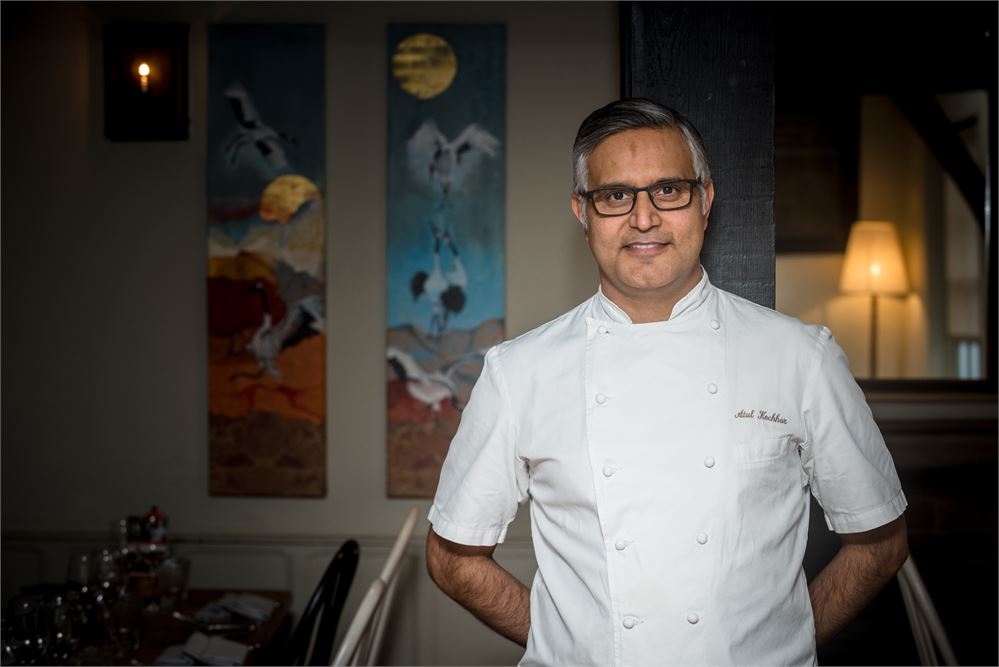 Enjoy an exciting masterclass demo with the man himself Atul Kochhar.

You will be greeted with breakfast nibbles and traditional Indian chai at 9.30am, and thereafter spend a couple of hours learning about and delighting in traditional Diwali treats. A truly intimate one-off experience, one not to forget. Thereafter you will enjoy a leisurely lunch at Kanishka. You will be given a special apron and cook book as a present to take away with you.

You are most welcome to invite any guests for the lunch, simply buy them a ticket ‘guest joining for lunch after the demo’.

A little more about Atul Kochhar

Atul Kochhar is the Chef Patron of Kanishka in Mayfair, London, Hawkyns in Amersham, Indian Essence in Orpington and Sindhu in Marlow. Born in Jamshedpur, India, in 1969, Kochhar first hit the London spotlight upon winning a Michelin star at the acclaimed Tamarind of Mayfair in 2001. He was the first Indian chef to gain the accolade. He left to open Benares in 2002, which was awarded its own Michelin star four years later. After leaving Benares, he opened Kanishka in March 2019.

A celebrated restaurateur and television personality, Atul has featured in numerous TV series including BBC’s Masterchef and Great British Menu, and regularly appears on BBC’s Saturday Kitchen. In 2010 launched his own series: Atul’s Spice Kitchen: Malaysia. He is also a popular cookery book author, with books including Indian Essence, Fish-Indian Style and Curries of the World.

Kochhar attributes his success to his use of regional Indian flavours alongside the best British produce, a practice which he develops further in his latest venture, Kanishka.