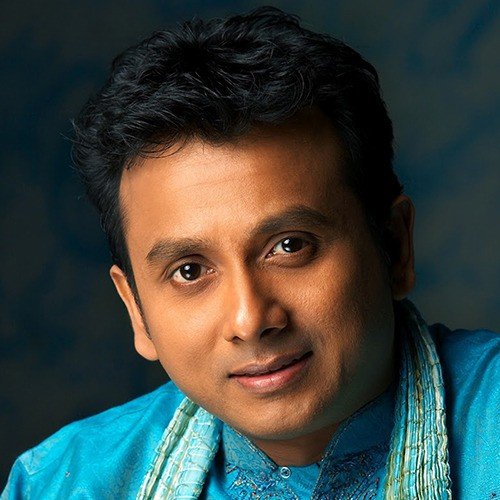 I for India are proud to present Margazhi Mahotsavam in the UK. The one-day festival features three back to back performances, each showcasing a wonderful act from Southern India.

The final running-order is yet to be confirmed.

The concept is based on the popular cultural season in Chennai, Tamil Nadu which falls in Margazhi (December), featuring a string of rich classical events by eminent musicians, attended by supporters from across the globe including those from the UK. Given the logistics and practical issues of securing prime artistes in December, I for India will be hosting the events in October.

Spiritual / Well-being discourse – Shri. Dushyanth Sridhar: is one of the most sought after public speakers in Sanātana Dharma who renders discourses in English and Tamil (as pravachana/ upanyāsa) on Rāmāyana, Mahābhārata, Bhāgavata, Vishnu Purāna, Bhagavad Gitā, Vishnu Sahasranāma, Divya Prabanda. He delivers discourses interspersed with music (as harikathā) with musicians and interspersed with dance (as kathānritya) with dancers. He has conceptualized and scripted for dance productions with leading choreographers. He has rendered over 3000 discourses in 150 cities across 24 countries including India. He has a wide spectrum of audience following on YouTube with over 50,000 subscribers and 10 million views. He is known in households through his talks in regional television channels. He manages a mobile application called Desika Daya that gives free access to over 1000 hrs of his audio content to 10,000 subscribers across 40 countries, as on date. He manages a charitable trust called Desika Daya, that has contributed towards the livelihood of temple staff, running of temple festivals, mass recitation of ancient hymns, running of old-age homes and disaster-management funds.

He has authored a coffee-table book titled ‘Vedanta Desika-peerless poet-preceptor’, a best-selling book in its genre. He also penned the story, screenplay and dialogues of a movie titled ‘Vedanta Desika:’, besides donning the role of the protagonist. He has curated heritage tours accompanying over 2000 passengers to over 200 ancient temples spanning 6 countries. He has received titles such as ‘Sarva Kalā Chudāmani’, ‘Harikathā Bhārati’, ‘Sollin Selvan’ and awards such as Young Achievers’, Global ‘30 under 30’, Best Parliamentarian, Best Outgoing Student from revered organizations. He has learnt Sri Bhāshya, Gitā Bhāshya, Rahasya Traya Sāra, Bhagavad Vishaya and Satadushani from revered preceptors. He has studied in BITS-Pilani, worked at MNCs in market research for 6 years and taught in a B-school for 3 years.

Classical Music (Vocal) – Shri. P Unnikrishnan: is an Indian Carnatic vocalist and playback singer. He is a national award-winning playback singer for his debut film songs “Ennavale Adi Ennavale” and “Uyirum Neeye” and the first male playback singer to win a national award for a Tamil song. These songs were composed by A R Rahman, with whom Unni Krishnan gave most of his memorable songs. He is also the recipient of many other prestigious awards and titles such as “Kalaimamani”,”Nada Bhushanam”, “Isai Peroli”, Yuva Kala Bharathi”, Isayin Punnagai”, “Isai Selvam”, “Sangeetha Kalasarathy”, “Sangeetha Chakravarthy”, etc.

He was one of the judges in reality television show AIRTEL Super Singer on Vijay TV since season 2006, as well as 2008 Idea Star Singer on Asianet. His daughter Uthara also won the National award for playback singing for her debut song “Azhagu” in the movie “Saivam”.

Classical Music (Instrumental) – Shri. Mandolin (Uppalapu) Rajesh: is an Indian mandolin player in Carnatic classical music, a music producer and composer. He was specially honoured by the President of India in April 2007 and his work with John McLaughlin’s album Floating Point received a Grammy nomination in 2009. His music performance at New York in 2006 was voted among the best concerts of the year by The New Yorker.