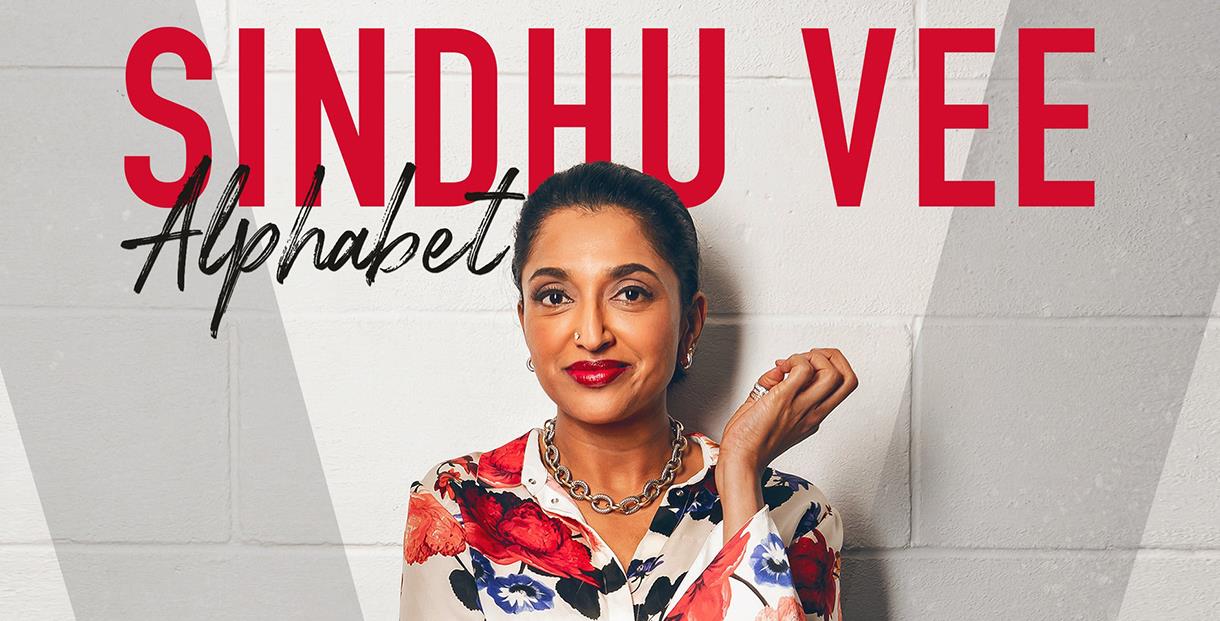 A show about the hair we want, the friends we have and living the vast difference between virus and viral.

As seen and heard on Live at the Apollo, QI, Have I Got News for You, Sandhog (Comedy Special) on Amazon Prime Video, Would I Lie To You?, Sex Education, BBC Radio 4’s Things My Mother Never Told Me (…About Lockdown) and The Guilty Feminist podcast.

Born and brought up in India, Sindhu Vee is now based in London and splits her time between comedy and raising her three children – and gigantic labrador. She was nominated for best newcomer at the 2018 Edinburgh Comedy Awards and made the finals of the BBC New Comedy Awards in 2016.