Botown at the Harrow Arts Centre 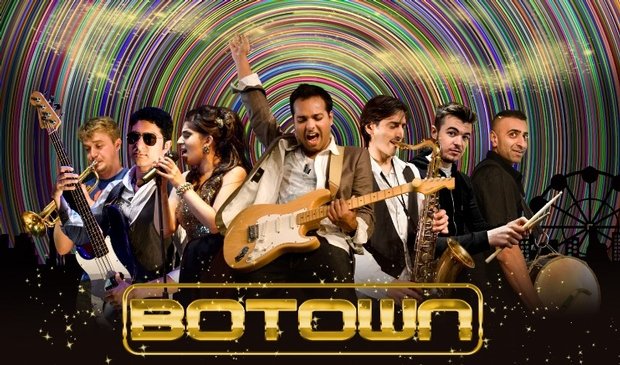 The ORIGINAL chart topping Bollywood Soul band are back for an exciting night of live music!

Known as “the soul band of Bollywood”, Botown merge the sound of Bollywood with 60’s and 70’s Soul and Funk! The band also draws inspiration from other genres, including Gospel, Jazz, and Reggae.

This clash of cultural music has proven to be very popular among audiences. Their single ‘Roop Tera’ went to no. 1 on the BBC AN Official Asian Download Chart last year, while their debut album entered the Top 10 in the Amazon Funk charts. Not only that, but some of their other tracks have hit top 10 in the iTunes World Music charts.

But wait! There’s more! Have you ever wondered what that funky music playing in EastEnders is? It could very well be Botown’s tracks, as songs from their album are often played in the popular soap.

This London based band are bridging the gap between diverse musical genres, with the aim to bring different communities across the UK together. They are only band in the world that do what they do, so don’t miss your opportunity to enjoy to this unique fusion of music here in Harrow!

Timimg
120 mins with a short interval