Diljit Dosanjh is an Indian singer, actor, film producer and television presenter who works in Punjabi and Hindi cinema. He returns to the UK as part of his Born To Shine World Tour presented by Empreo Events.

2019 saw Diljit take his live shows to new heights surpassing the levels of production in Indian music history in his US and Canada “Roar Tour”. The shows which are complete experiences for the whole family from children to the elderly include incredible visuals and the most elaborate production elements seen for Asian shows. 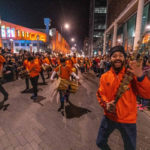 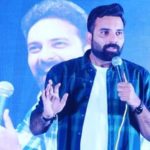