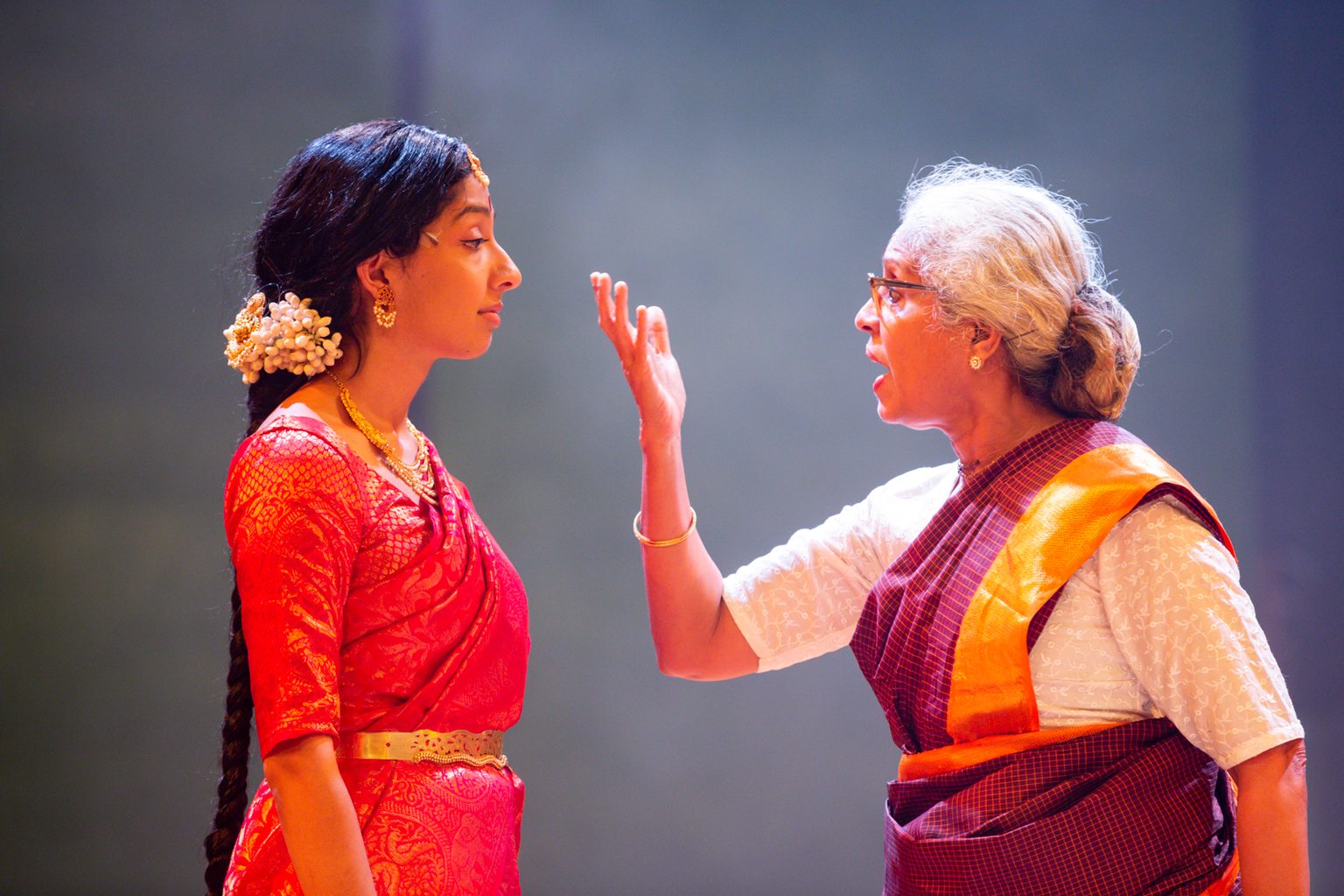 ⭐⭐⭐⭐
The Guardian – Financial Times – The Scotsman – The Herald

On the banks of a suburban Sydney river, Radha and her son Siddhartha release the ashes of Radha’s mother – their final connection to the past, to Sri Lanka and its struggles. Now they are free to embrace their lives in Australia. But a phone call from Colombo brings the past spinning back to life, and we’re plunged into an epic story of love and political strife, of home and exile, of parents and children.

Featuring a world-class cast of 19 performers hailing from six different countries, Counting and Cracking follows the journey of one Sri Lankan-Australian family over four generations, from 1956 to 2004. In the course of telling this family’s epic story of break up and reunion, the narrative also tells the tale of two countries: Sri Lanka post-independence and Australia as an immigrant nation.

Counting and Cracking is a theatrical event not to be missed – as part of the experience, and included in the ticket price, audience members will enjoy a taste of Sri Lanka during the interval with small food bowls of vegetable curry, roti and rice.

Winner of 14 major awards including Helpmann Awards for Best Production and Best Direction, Counting and Cracking is written by Sri Lankan Australian S. Shakthidharan and directed by Eamon Flack, Artistic Director of Belvoir, one of Australia’s most celebrated theatre companies.

The Rep is thrilled to be bringing this multi-award-winning play to Birmingham, presented as part of Birmingham 2022 Festival. Co-produced with Belvoir and Co-Curious

Generously supported by Arts Council England and National Lottery Heritage Fund. Counting and Cracking is supported by the UK/Australia Season Patrons, the Australian Government including through its Australian Cultural Fund and International Cultural Diplomacy Art Fund, the NSW Government through Create NSW and the British Council, as part of the UK/Australia Season 2021-22.